Some posts take longer to write.  That’s how it was with these capitolios – vanilla cupcakes topped with meringue, dipped in chocolate, and shaped like Havana’s Capitol building (hence the name). Our parents used to buy them for my sister and I and for years she’d been asking me to make them.  Since her birthday falls in May, she always plans something outside and this year she chose a spot under the Brooklyn Bridge and next to Jane’s Carousel for a picnic.  I had no idea what to bring when she reminded me that I’d never gotten around to the capitolios. 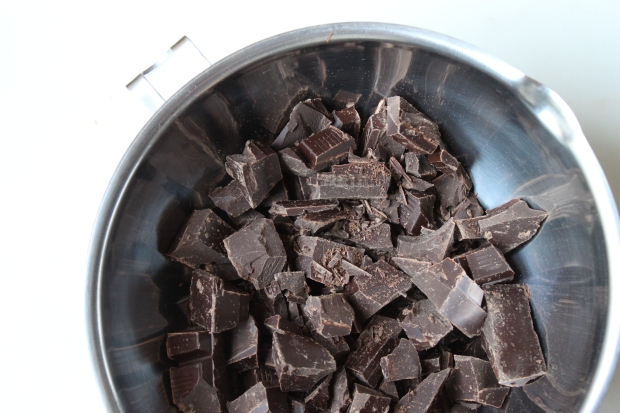 I’d partly put it off because I only had a fading memory to go on.  Some Cuban bakeries in Miami still make them, but too often I get blank looks when I ask or get there just after they’re sold out.  Now entering the final stages of a long project, I’ve started a second book – this time focusing on Cuban desserts so there was no better time.  I also knew even a imperfect attempt in this case, would still be the perfect gift so I got on with it .

Adapting a Cuban layer cake for the cupcakes, I dug out a chocolate glaze recipe.  I frosted the cupcakes with meringue and let them set in the freezer so they’d be as cold as possible when they went in for the dip.  Finishing the last ones just before heading over to DUMBO, I could barely wait for them to set before I tried one.  Just like the ones I remembered, they can only be attacked from the top leaving you with a face full of meringue like it’s your first birthday all over again.  That at least I got right. 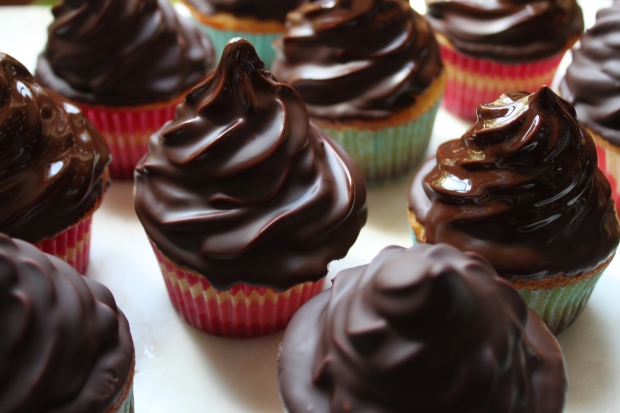 The cupcakes can be made ahead and frozen well-wrapped before frosting and glazing.  Keep cold until set and ready to serve.

Preheat the oven to 350º F.  Lightly spray the muffin pan with oil and line with cupcake liners.  Set aside.

Sift together the flour, baking powder, and salt in a medium mixing bowl and set aside.

In a stand mixer fitted with the paddle attachment, beat the butter and sugar on medium speed until pale and fluffy,  about 5 minutes.  Add the eggs one at a time, beating for about 30 seconds after each addition. In a small measuring cup, combine  the milk and vanilla. On low speed or by hand, add the flour mixture to the sugar-and-butter mixture in three batches, alternating with the milk and ending with the flour.  Do not overmix.

Pour the batter into the prepared muffin pan.  Set in the preheated oven and bake until lightly golden and a tester comes out clean, 25 to 30 minutes.  Remove from the oven and allow to rest in the pans for 10 minutes before un-molding.  Allow to cool completely before covering.

Prepare the meringue.  Combine the sugar and water in a saucepan and bring to a boil.  Simmer over medium-heat until it reaches the thread stage and registers 230ºF on a candy thermometer, 10 to 15 minutes. In a stand mixer fitted with the whisk attachment, beat the egg whites on low speed until foamy, about a minute.  Add the cream of tartar and increase the speed to medium until they hold soft peaks.  Add the syrup, a little at a time, and beat on high speed until it forms stiff, glossy peaks.

Using a pastry bag fitted with a star tip, pipe the cupcakes with the meringue to form a dome or cone shape.  Chill the frosted cupcakes in the freezer while you prepare the glaze , 10 to 15 minutes.

Set the cupcakes upright on a baking sheet or rack lined with parchment paper.  Freeze until the coating is set, at least 10 to 15 minutes.