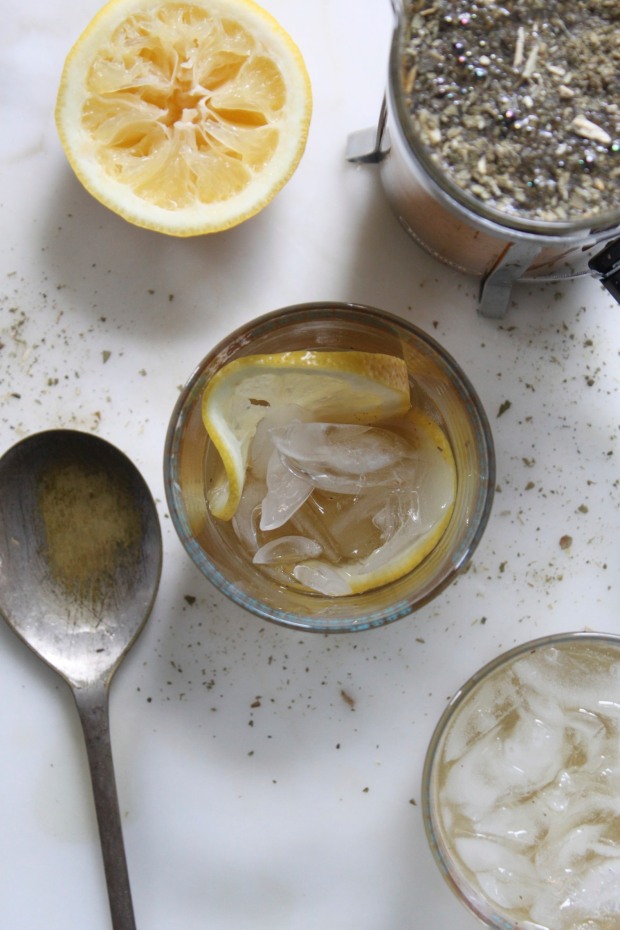 I keep coming across lists of things I’m not supposed to like.  If I do – which is often the case – then I’m from Florida/Brooklyn, varying degrees or white/latino/other, basic or a hipster.  The hipster lists really sting because they’re typically include favorite food trends  – but then who doesn’t love bacon, green juice is good for you, and mason jars are very practical.  I was considering making my own yerba mate-flavored soda when I saw homemade soda listed as a repeat offender and felt very much caught in the act.

I’d been researching a recipe for Argentinian rosca de pascua and kept coming across references for the yerba mate tea that is served with it.  Shopping for the recipe in the middle eastern shops on Atlantic Avenue, I found bags of the tea in back of Damascus Bakery and grabbed one. While the brewed tea is associated with South American countries like Argentina, Uruguay, and Brazil, I’d grown up drinking a soda made with yerba mate called Materva at Cuban lunch counters.  Maybe because of its golden color, I thought it was beer that my parents were inexplicably letting me order – it wasn’t.  I still love having it when I’m home but rarely find it in New York.  I’d been given a few cans of Materva and Iron Beer (pronounced ee-rohn-bear) a few months ago from Union City and had been hoarding them ever since – for a special occasion or at least a special sandwich.

Like all hipster projects, deciding to make my own soda  started with the best intentions, allowing me to avoid  the excessive sweetness and additives of canned soda while making it as strong as I liked.  After preparing the syrup, I had planned on brewing the tea for only a few minutes but eventually left in a cold steep overnight.  I added lemons and a few prized limes before mixing it with mineral soda.  Now that I found a way to make my own, I can enjoy Materva when I find it and mix up my own when I don’t.  Not sure what that makes me other than thirsty.

Yerba Mate Soda
This can be done with a fine mesh strainer but a french press works really well.

Prepare syrup. Combine the sugar and water in a small saucepan. Simmer over medium heat until the sugar is dissolved, about 5 to 10 minutes. Stir in the yerba mate and allow to steep off heat, at least 20 minutes or in the refrigerator overnight. Strain and discard the tea. Stir in the lemon juice to taste.

Pour 3 to 4 tablespoon of syrup in the bottom of glass. Fill with ice and top of with soda or mineral water.