Hungry in the Blue Mountains 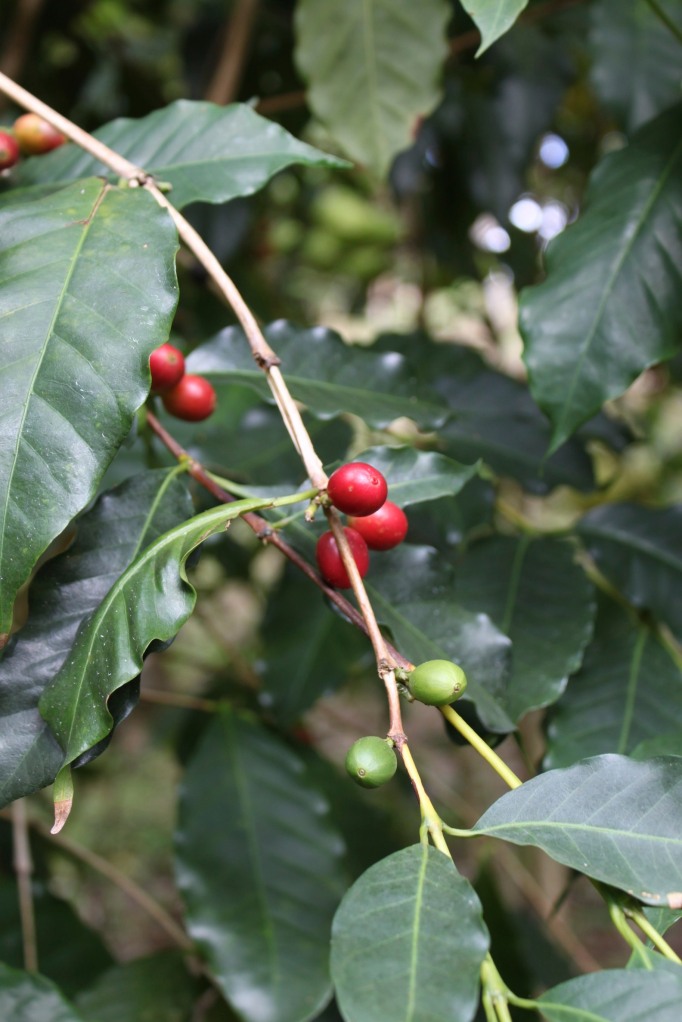 Just a few hours after landing in Jamaica, we were heading  to Irish Town, St. Andrew. Just 30 minutes from the center of Kingston and 3100 feet above sea level, we made our way through a winding road crowded with people coming home from school and work. Like watching a choreographed dance without music, the opposite side of the road driving gave the impression of near misses that weren’t near misses at all. Towards the end, the road was rocking in front of me like a metronome. I closed my eyes the rest of the way. 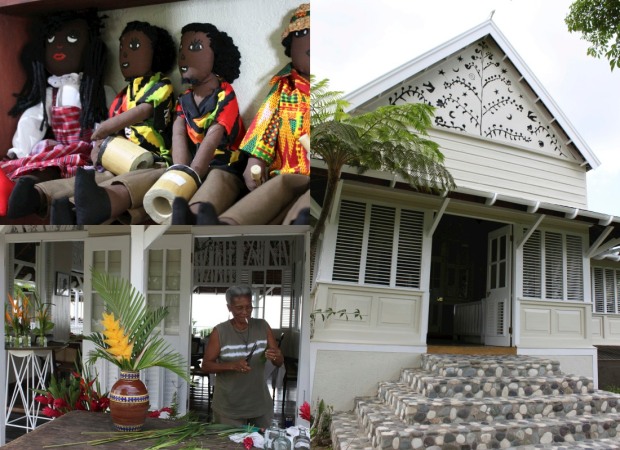 Eventually, the world stop spinning and we were at Strawberry Hill, the small hotel where we’d be staying for a couple of days. Owned by Island Records’ Chris Blackwell, it’s made up of 12 Georgian cottages, a main house, coffee farm and general, all around loveliness in the form of humming birds, grapefruits, raspberries, bananas, soursop, and june plum trees.  From the 18th century when it was deeded to Horace Walpole, Earl of Oxford becoming a a meeting place for artists, musicians and aristocracy to the 1940’s when it became known for peaches, spring pea flowers, and afternoon tea, activity centered on the Great House until Hurricane Gilbert destroyed it in 1986. Blackwell brought on Jamaican architect Ann Hodges to help rebuild and design a cottage for him on the property, not only in the 19th century style, but using traditional techniques. Once that was completed, they just kept going.

More retreat than resort, the clapboard and shingle roofed villas she created are positioned so that even when you’re in sight of the other buildings you feel that you have the mountain to yourself.  Stepping on the wrap around veranda for the first time was overwhelming – it wasn’t just the sky, it was the clouds rolling down the peaks, it wasn’t just quiet, it was the roosters piercing the silence, it wasn’t just the air, it was the heady scent of everything growing around us. Clicking away at the view like frantic paparazzi, we always fell short of the perfect shot, facing the mountain with only cameras in our hands, the mountain won. 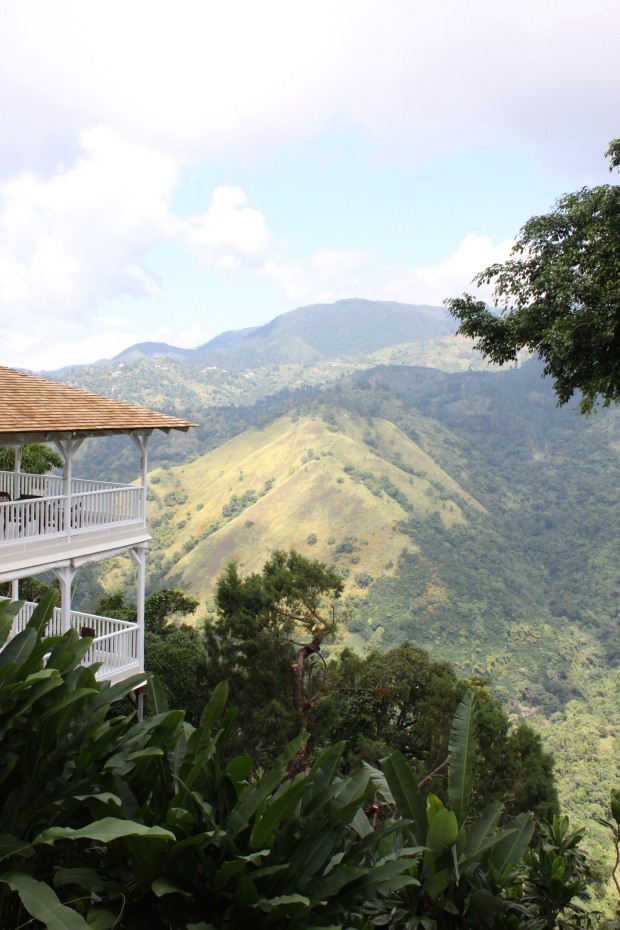 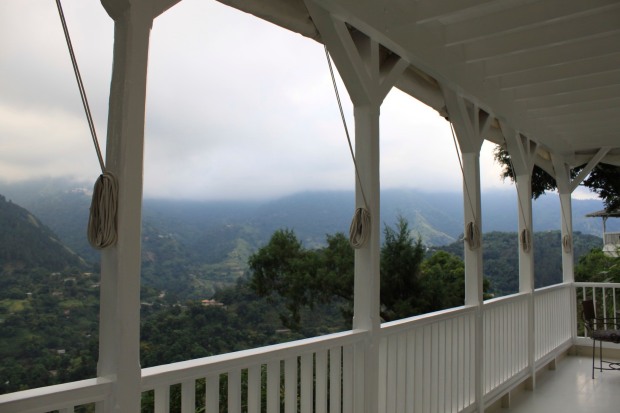 After an amazing dinner at the new Jamaican restaurant, the next morning we met Paula Surtees, owner of Island Coffees, which manages the cultivation and distribution of Strawberry Hill’s Blue Mountain coffee. We’d missed an earlier hike but she took us us to the top of the plantation to see the coffee plants, trekking along a shady path that ran past Gong House, the villa built in honor of Bob Marley who’d famously spent time in Strawberry Hill when he was recovering from gunshot wounds in 1976.

As they did in planning the cottages, the process for cultivating the coffee harmonizes with the quality their trying to achieve.  To be considered Blue Mountain, the beans must be cultivated between 3000-5400 ft, the higher altitude allowing them to ripen slowly which deepens the flavor. The fruit trees are pretty with a purpose, providing cover for the coffee plants and attracting birds which in turn help control potentially harmful insects. Berry borers are a constant threat but rather than apply insecticides directly to the plants, traps are set to attract them away from the beans. Fertilizers are sprayed manually instead of directly to the soil, inhibiting excess use (which is what Andrew pictured below was doing when we crossed paths).

I still find grinding my own coffee a thrill so it was a special experience when Paula let us pick some beans.  Really, it’s more of a twist and pull done by hand to pull away the ripe red coffee “cherries” from the green ones left on the vine to ripen. Once the beans are collected, they’re floated in water. Any beans that rise to the top have been likely hollowed out by pests so they can be either re-purposed or discarded. According to Paula, they’re able to use approximately 95% of their yield.

Still feeling dreamy, we decided to break up the drive back to Kingston with lunch at the Crystal Edge Restaurant. Though not very big, they share a terrace with Cafe Blue perched on top of a slope over-looking a valley – small but expansive. That day they were serving fresh sorrel juice, creamy janga with a pumpkin base (featuring the crayfish that didn’t get away), fried chicken, and braised oxtail with rice and peas. Though I’d had oxtail just the day before, I was making up for years without and ordered it again. When I looked down at the end of the meal and the job I’d done eating it, I was equal parts appalled and proud of myself (seriously the bones looked like they’d been boiled).  Of course, we had to end with coffee (and rum cake not shown but eaten nonetheless).  They carried the same Blue Mountain brands we’d seen all over Jamaica and it’s probably the same coffee I’d be able to find in and coffee emporium or high-end grocery store in the States, but we definitely had a new appreciation. 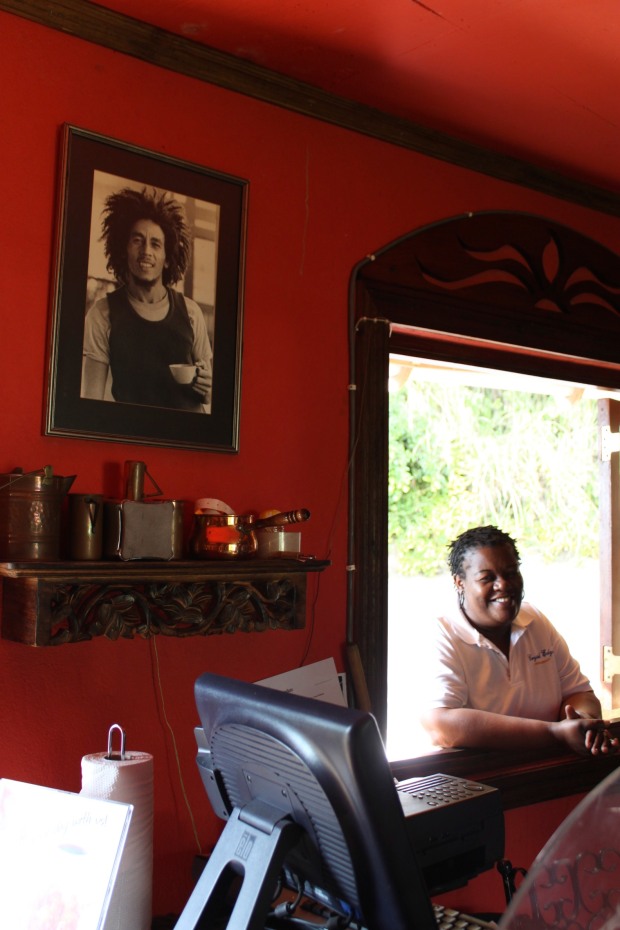 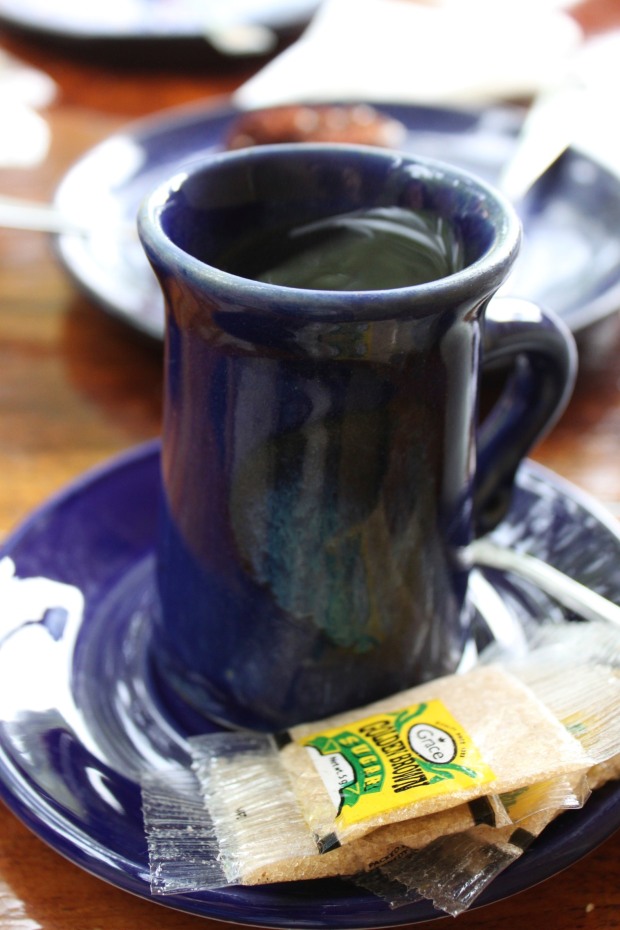