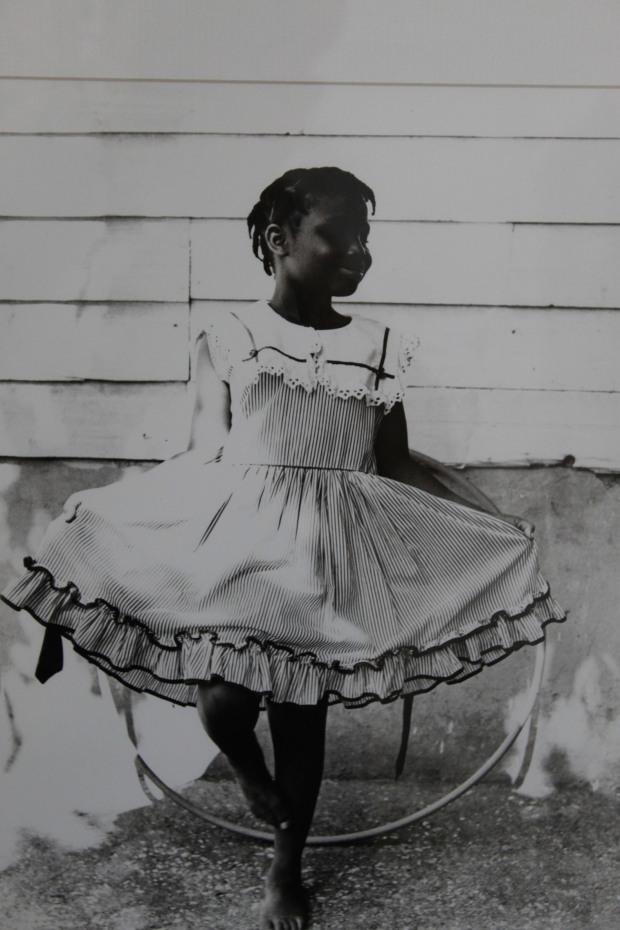 I was promised a powder-puff landing. That’s what my friend Bruce said we’d have in Jamaica – wheels down, puff, puff, touchdown. What happened instead was one of the most terrifying descents I’ve ever experienced – complete with a woman two rows back, loudly making her peace with God, and praying for deliverance. Shell shocked – I started to doubt “the powder puff” landing was really a thing until I heard a mother in the immigration line, point to her children and say, “they’ll never know, they’ll never experience a powder puff.” I may never know either. The machete landing as my sister called it – chop, chop , scream – I could safely cross off my list.  Still, the end was the same – we were in Jamaica. 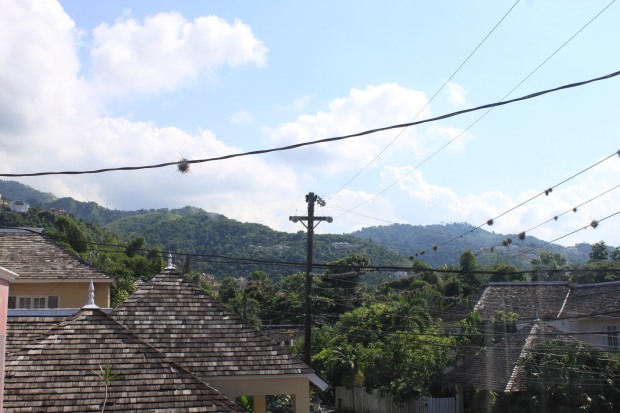 We’d planned the trip in May to celebrate our friend Carolina’s birthday. My sister and I were leaving from New York while Carol would take the shorter route from Miami, then we’d meet up with Bruce in Kingston. He’d been living there part time helping run his family’s food business but this was the first time we’d all made the trip together to see him. Bruce is an amazing photographer and I’d had his images from the island – like the hula hoop girl above – in my mind whenever I thought of Jamaica. Beyond that I only knew we’d laugh a lot – mostly at each other but sometimes at the same time. 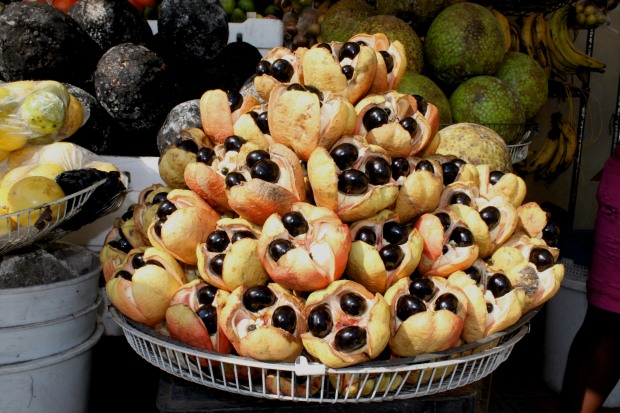 Though it hadn’t started out as a food trip, I had a list of things I wanted to seek out. I needn’t have bothered. It was all around us, all the time – grapefruit, coconut, ackee, breadfruit, jackfruit, passion fruit, soursop, sorrel and papayas every where you looked. Even in the crowded city, the trees were bearing down fruit.

A little creaky from the early morning  (2AM) flight, I was too excited to sleep and after settling in we went over to Devon House, a national heritage site built in the 1830’s by the island’s first black millionaire, George Steibel. Meeting Bruce’s family at the Grogge Shoppe for a very late breakfast/early lunch, we sat in the open courtyard area shaded by the kind of trees you could live in. Starting with fresh soursoup juice, we had the pepper pot stew with dumplings. Not shy about eating off each other’s plates, I sampled the akee and saltfish, jerked pork, brown stewed fish fillet, and fried bammies, a flatbread made of freshly grated cassava.

For myself, I ordered the braised oxtail and butter beans with rice and peas. A favorite dish my grandfather used to make for me, all other oxtail stews pale in comparison so I rarely order it and have never made it myself. A different accent helped and I remembered how much I missed the falling off the bone tenderness when it’s down well – a madeleine with a different accent. If we’d stopped there, we’d have already gone too far, but we went to I-Scream afterwards. Located behind Devon House, it carries the kind of tropical fruit flavors – guava, coconut, mango – you might find in the States but with a richness and presence I’d never tasted before. I was in love with Jamaica and it was only the first day. 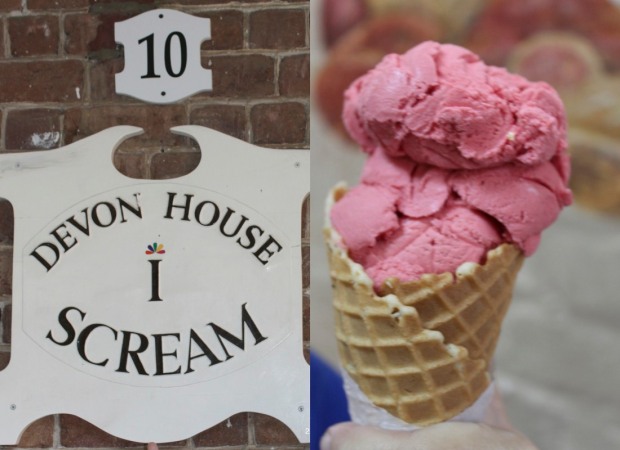 Above Photo Credit: Portrait of Girl with Hula Hoop by Bruce Loshusan reprinted with permission.