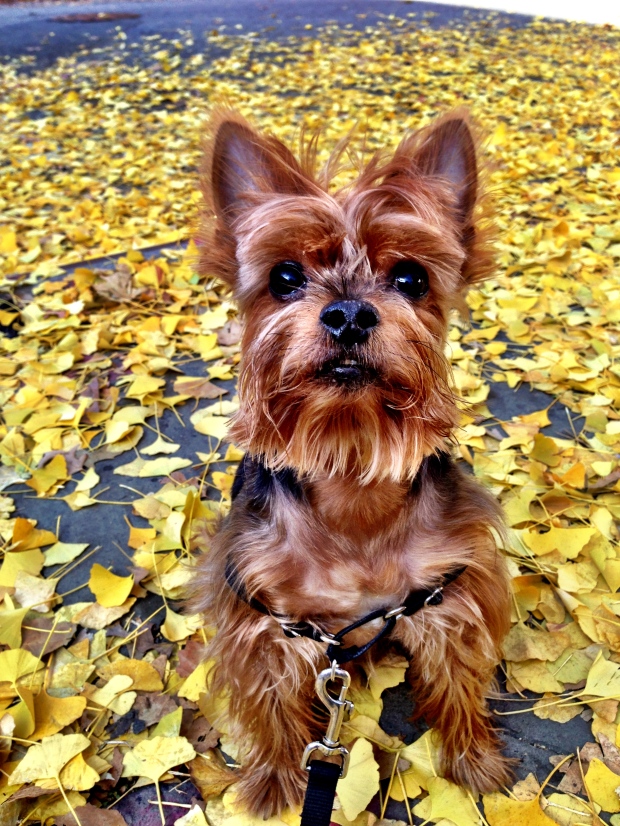 A blog by its nature is a revealing, intimate view into someone’s every day life – some would say too intimate, and many more would say its the end of civilization as we know it. Not with a bang, or a whimper, but with lots of over-sharing until we’re all sick of each other.

But as much as we share, there’s a lot we leave out. Lifestyle blogs in general, and food blogs in particular are often cited as the worst offenders. Transparently opaque, we filter images and stories to present a just so life. While I’m always honest about my stumbles in the kitchen, I’m selective about whatever private troubles I bring into my posts. Regularly telling people about your breakfast, lunch, and dinner can be personal enough so I always reserve the right to leave some things out.

That changed for me this weekend, when I lost Orfeo, my sweet pup of 13 years. His illness came on suddenly, so I’ve spent the last few days apologizing for last minute cancellations and no-shows while I focused all my energy on making him as comfortable as possible, showing him all the love I wouldn’t be able to give him in the years ahead, and being strong enough to let him go (he was stronger). What I hated was how apologetic and even embarrassed I felt while this was going on. I worried that the person I was making excuses to, wondered what all the fuss was about. I soon realized there were people who appreciate what that bond is like and people who didn’t quite understand how important our animals become to us. Luckily, I now know that I have a lot more of the former in my life.

In what now seems like a different city, my sister and I ordered Orfeo (forms and all) from a small family-owned pet store on Court Street that had been there for years. A couple of months later, we went back to pick him up and there he was in the window – his black face peeking out of snowy piles of shredded paper. That first night he was too scared to go from one kitchen tile to another, but eventually he did and then he took over the whole house and everyone in it. The kitchen remained his favorite spot and he would watch closely when I was cooking. I told myself he was helping though he was probably waiting for me to drop something and so he could pounce. That’s when we started calling him Fatatouille.

I’ve read stories of people taking their dogs on cross country, nature adventures to say goodbye. That’s lovely but it wasn’t necessary with Orfeo because Orfeo loved Brooklyn. On trips home to Miami he might venture into the green lawns outside my mother’s house but he’d quickly return to the familiar sidewalks and asphalt. At home, he loved keeping watch from the window that looked out onto a busy corner, and he had an unerring gift for lifting his leg on someone’s front stoop the moment they were coming out of their house.

He loved visiting the flower shop where the wiseguys who hung out there would give him the milk bones he wasn’t allowed at home. The neighborhood was a little more tolerant then and if you took him into a store or deli, they only stopped you to say hello, or in the case of one Italian counterman – to sing him an aria or two. He waited in line with me at Sahadi’s a couple of times and stole a dark chocolate babka the night before Hurricane Irene – requiring an expensive late night call to the emergency vet. I still can’t pass by Shelsky’s without remembering Orfeo’s $68 babka. He loved stoop sales and pulled me to the Carroll Gardens farmer’s market every week, though I could never figure out how he knew when it was Sunday. It wasn’t until I tried to think of the places he might like to go again that I realized how many of his favorites spots were gone – the pet store, the wiseguy flower shop, the operatic deli. Whatever he may have been missing, it was enough just to have him home on his last day.

So for the sake of the next person who may feel foolish when they’ve spent hours crying over a dog, I’m writing this post to let them know that I cried when I lost my Orfeo. I cried my heart out.

From: Brooklyn, General
← Taking on Mexico: The Cookbook
Cinnamon Scones with Maple Glaze + A Community Giveaway →
27 Comments Post a comment