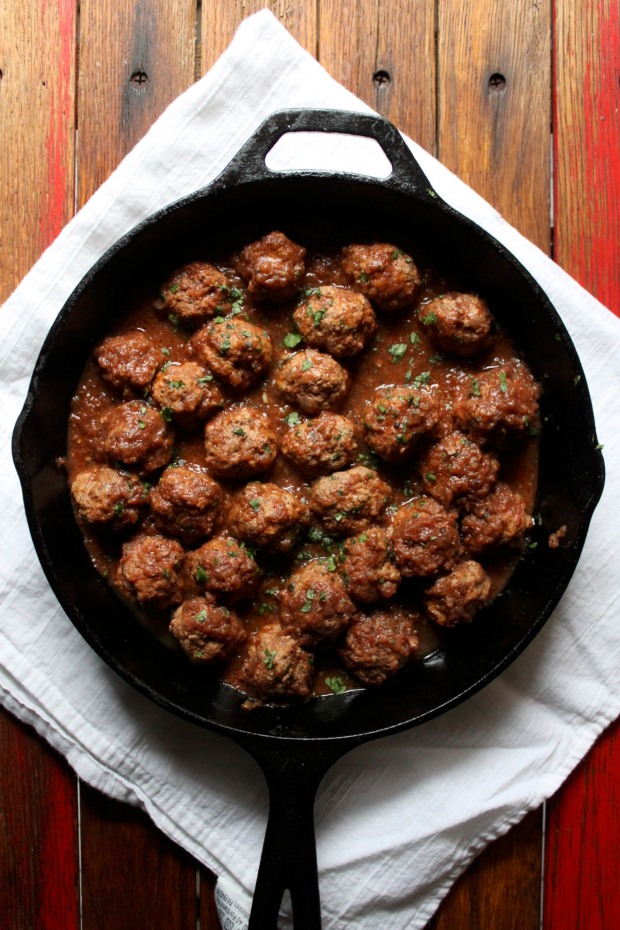 I was very close to not making it.  A few months ago, I’d been invited to join a group of food writers at the Tabasco Tastemakers event hosted by the McIlhenny Company.  Coming up against an all consuming deadline, I was working until the last possible moment….and then a few minutes after that.  Stressed and sleepless, I arrived at the Lafayette airport in a kind of daze.  At some point in the short drive thru New Iberia, Lousiana to the Marsh House on Avery Island where we’d be staying, I started to feel a little easier, chatting with other bloggers in the group and asking Dave who was born and raised on the island the first of a million questions he’d answer for us over the next few days.  By the time we arrived at Marsh House where we’d be staying, I took my first deep breath in what felt like weeks and it was full of pepper in the best possible way. 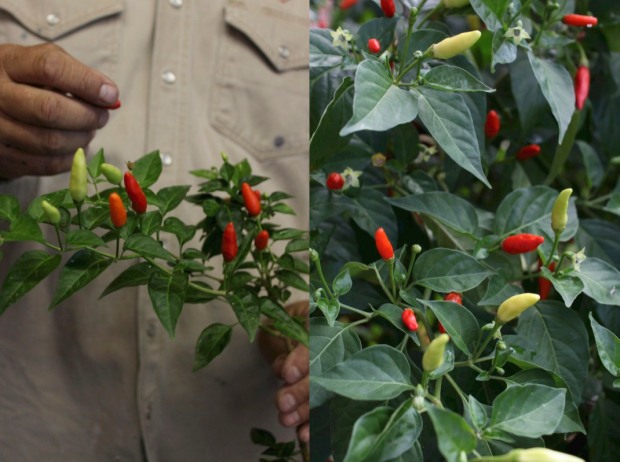 One of the reasons I’d been so excited to make this trip – to what I can only think of as Tabasco Island though it’s actually a salt dome surrounded by bayous and marshes – was the story.  It started in the 1860s when Edward McIlhenny created a mash with the capsicum frutescens peppers that became known as tabasco, salt mined from the island, and white whine vinegar that would eventually become the original red sauce.  While their current operation is on a much larger scale, it’s still very much the same pepper sauce the family makes today.  We had the opportunity to meet many of them on our first night there when Tony Simmons, the current CEO, his wife Jeanie, and several other McIlhenny family members, many of whom live on the island, hosted a seafood boil.  Sitting down to large trays of boiled crab, shrimp, and andouille sausage, they encouraged us to get messy – not as easy as it sounded.  Fortunately, Nelson Boutte, who’d prepared not only the seafood boil but his award winning gumbo, was on hand to show me how to pick through the crab legs (I’d been leaving behind a criminal amount of meat).  It was only our first day, but it set the pattern for the event which revolved around meeting lovely people in between trying amazing food.  With so much ground to cover, I decided to start with the reason we were all there – Tabasco. 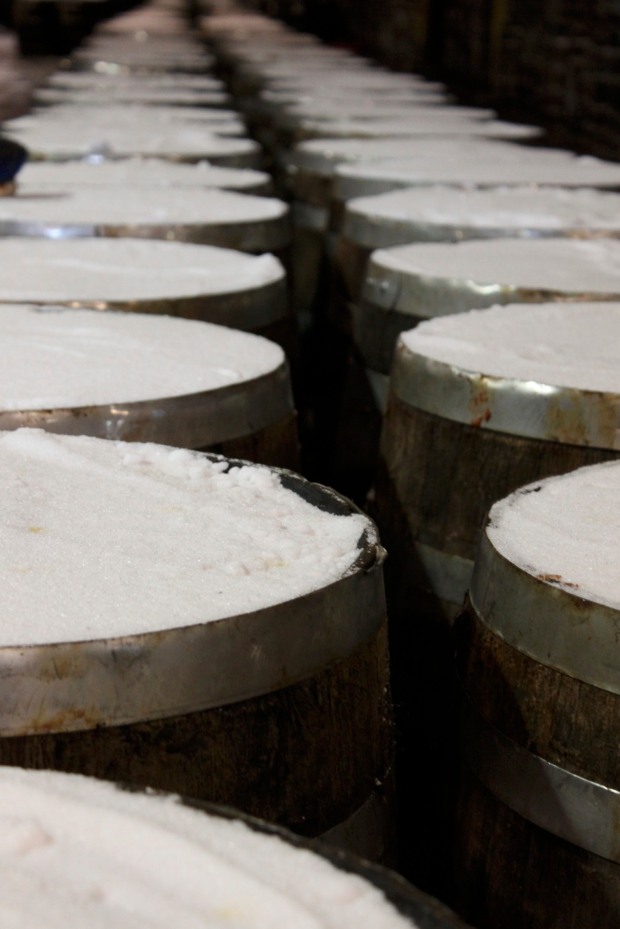 Though commercial crops of pepper have grown on the island since 1868, Tabasco peppers are cultivated throughout Latin America to keep up with current demand with seeds grown in their greenhouse.  Once harvested, the ripe peppers are brought back to the island, mashed together with Avery island salt, and packed into white oak whiskey barrels.  The barrels are sealed and covered more salt to absorb the liquids and gases released by the mash as it ferments over three years (or more in the case of the Family Reserve line).  Nothing is wasted, so even the ageing barrels (some 80+ years old) become Tabasco wood chips when they can no longer be used. 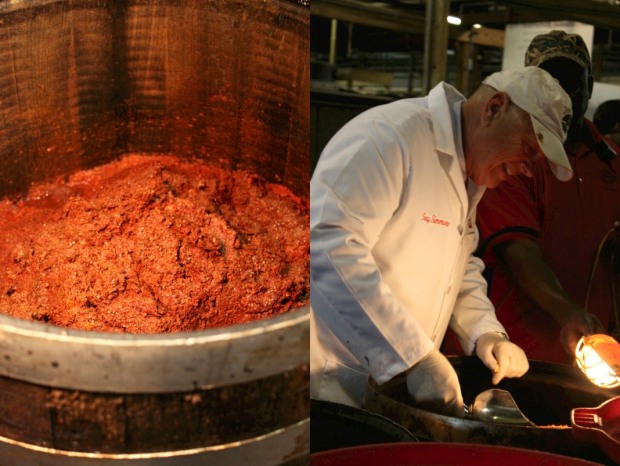 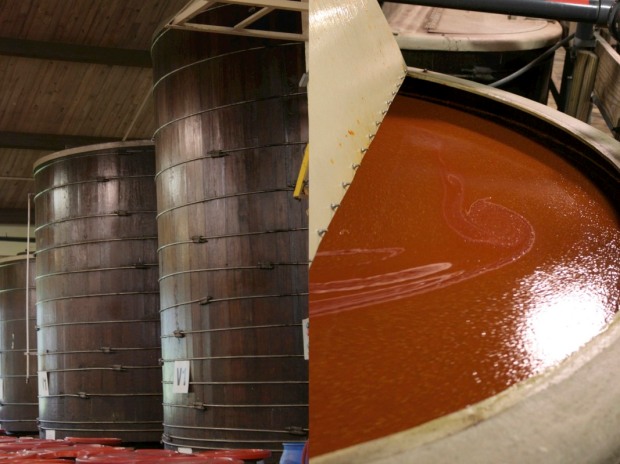 Meeting up with Tony Simmons, we watched him make his regular rounds, inspecting each barrel of aged mash, which is always done by a member of the family.  Once it reaches the desired point, the mash is blended with vinegar and strained several times over a four week period.  From there it goes to the bottling plant where it get shipped to over 165 countries.  Far from the large scale, industrialized production I’d imagined, there was something wonderful about seeing the way all of these processes folded into each other 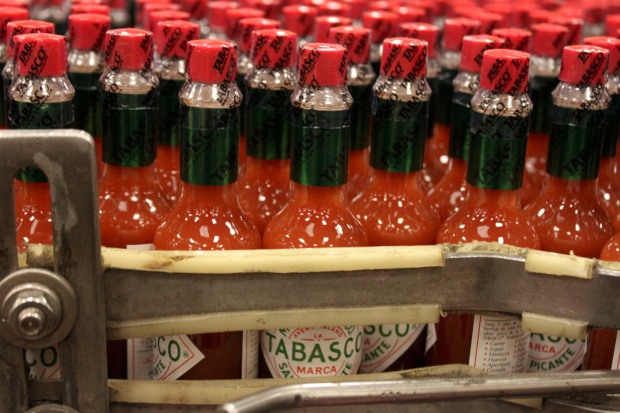 At a tasting the following day with Charlie Cheng who heads their research and development, I was most drawn to the Chipotle Tabasco sauce.  Leaving nothing to chance, the chipotles are sourced from a family run farm in Mexico who take ripe red jalapeños and smokes them over pecan wood.  I wanted to try a recipe where the sauce is an ingredient rather then a condiment so decided to make albóndigas al chipotle.  Looking to bring out the smoky sweetness of the chipotles, I added good amount of allspice and small dose of clove to a tomato broth and even a little bit of cilantro and mint at the last minute.  Finding a balance that was more spice than heat, I enjoyed it all the more for knowing all that went into it.  More to come…

Make the sauce.  Heat two tablespoons of olive oil in a 12-inch heavy skillet over medium heat.  Add the onion and garlic and sautée until soft and translucent, about 5 minutes.  Add the tomatoes, breaking them up with the spatula, beef stock, and Tabasco sauce and bring to a simmer for an additional 10 minutes.  Allow the sauce to cool slightly then pour it into a food processor or blender and pulse until it is smooth and pourable (about 3 cups).

Combine the beef and pork in a medium mixing bowl. Stir in the egg, cracker meal, salt and black pepper.  Add ½ cup of the sauce to the meat mixture and stir until well combined.  Reserve the remaining sauce.  Shape the meat mixture into 30 medium sized meatballs.  Rest the meatballs in the refrigerator for 1 hour to allow the flavors to develop.

Return the remaining sauce to the skillet.  Trim the cilantro at approximately 1-inch above the stems, reserving the tender leaves for garnish.  Tie the cilantro and peppermint together with kitchen string to create a sachet.  Drop the fresh broth into the tomato broth and return to a simmer over medium heat.   Drop the meatballs into the simmering broth, reduce the heat to low to maintain a gentle simmer until the meatballs are cooked through, about 20 to 25 minutes.

I’m grateful to the McIlhenny Co. and the team at Hunter PR for inviting me to be part of the TABASCO® Tastemakers program which involved travel to Avery Island and recipe development though the opinions expresses are my own.