This post is brought to you by several false starts and a Mac meltdown. Last week, I was trying to close out of an application when my computer completely froze. Like anyone who doesn’t really understand them, my first instinct was to do a panicky hard reset. Though it turned on, it only gave me a greyed out start-up screen with the endless scrolling ellipsis doing what I’ve now learned is “beachballing”. Several hours, three calls to Apple support, two failed re-installation attempts, and a visit to the Genius bar later, I still couldn’t get off the beach. Told that I’d most likely have to wipe out my hard drive and start over, I made yet another visit to the Apple store thinking that if it came to that, at least I’d be in a safe place. 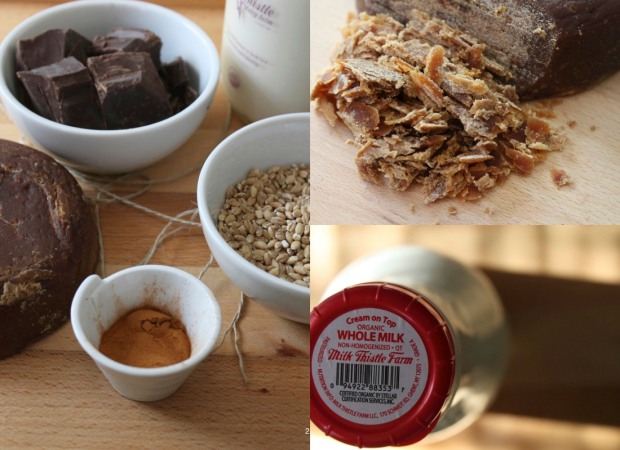 Though I’d been backing up to an external hard drive, it was new and hadn’t been tested. A few years ago during my only prior crash, this fail safe had failed me so I had a terrible feeling of déjà vu as I went through the process again. Talking with tech friends and Apple reps for the past few days, I’ve gotten some great, too-late maintenance tips. But I had to wonder, if powering down completely before transporting your laptop was so important, why had no one mentioned it before? And, if OS X Lion was so wonderful, why was it trying to eat my computer? While blue shirts tapped away on my keyboard, I had a running list of irreplaceable documents and pictures looping (or beachballing) through my mind. Making a silent promise, I swore that if little Mac came back to me I’d be better – I’d polish it with a shammy, I’d repair disk permissions till it hummed, I’d get around to finally naming the hard drive. Then just like that, a Genius named Wendy, doing exactly what so many had done before her to no effect – brought it all back. 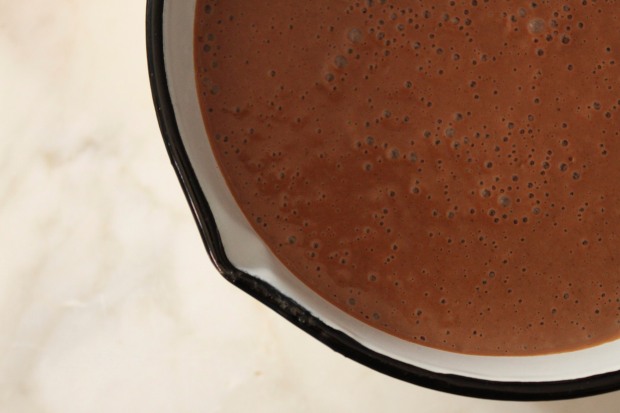 Forced to quit, but newly restarted, I’m finally back to my planned post about Maricel Presilla’s hot chocolate with máchica. Máchica is toasted barley that’s been ground to a flour and blended with a variety of spices. Though traditional in Ecuador, I could find infuriatingly little information about it.  I came across some references to it as a Quichua (Inca) staple but according to Presilla, it was introduced by the Spanish via Mexico to be used in place of corn to thicken and flavor beverages. Spiced with panela and cinnamon then added to hot chocolate, it’s the perfect cross between a creamy Spanish chocolate and the new world texture of a  Mexican champurrada but smoother and with a nuttier flavor that’s all it’s own.

Hot Chocolate with Máchica
Barely adapted from this recipe by Maricel Presilla found in Food & Wine, May 2001. Presilla suggests looking for toasted whole barley in Korean markets. I picked up regular hulled barley at the store and toasted it before using. I also switched panela for brown sugar. I wanted to have as smooth a flour as possible so I ground the barley first then ground it together with the panela and cinnamon. Panela can be hard to break up so passing it through the coffee grinder helped. Before adding it to the hot chocolate, I passed it through a sifter to remove any hard particles from the barley. It can be served on its own or with queso fresco.

Heat a heavy dry skillet over medium-high heat. Add the barley and toast until golden, shaking constantly so that it doesn’t burn, 3-4 minutes.

Using a spice or coffee grinder or working in batches, grind the toasted barley to a fine powder. Combine with panela and cinnamon and quickly grind together until the panela is completely broken up and well incorporated. Using a strainer, sift the powder well to remove any hard particles and discard.

In a medium saucepan, bring the milk to a boil, then remove it from the heat. Add the chopped chocolate and whisk quickly until it is melted. Whisk in the barley mixture and the salt and cook over moderate heat, whisking, until the hot chocolate is thickened and smooth, about 4-5 minutes. The chocolate will set up quickly so it should be watched closely. If there are still lumps, carefully pulse in a blender for a few seconds or use an immersion blender to froth. Serve at once.