Catching Up With Summer 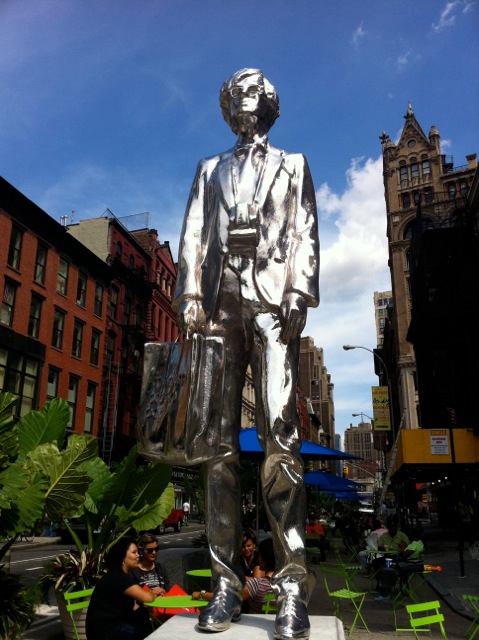 Charged with closing out the summer season, August is a month made up almost entirely of Sunday nights. Starting with a protracted political debate and market free fall then ending with an earthquake/hurricane double punch, August never seems to play fair. Yet when I looked through my accumulated links and clips, I was surprised by how happy I’ve been the last few weeks – taking advantage of the markets, going the long way around to the city, catching up with friends, cooling off in refrigerated movie theaters. Maybe it was the goodbye atmosphere but there was something to fall in love with around every corner. Here are a just a few, starting with…

Beginners
There’s a last chance movie theater in Brooklyn Heights that plays the movies everyone tells you to go see a week past the time you think you’ve completely missed it (they also always forget to take my ticket for some reason). That’s where I went to see Mike Mills‘ Beginners, my favorite of movie of the summer if not the year (but probably one of my all time). Hard to describe except to say it was the most complete film I’ve seen in a long time.

Summer Streets
Though I look forward to running through Summer Streets every year, this time I added wheels. You’d think New York would be great for cyclists but it’s just not. Either the city can’t handle me or I can’t handle the city, but nothing short of all yellow-cabbed traffic being shut down from the Brooklyn Bridge to 72nd Street and Park Avenue gets my bike down the stairs and out the door. 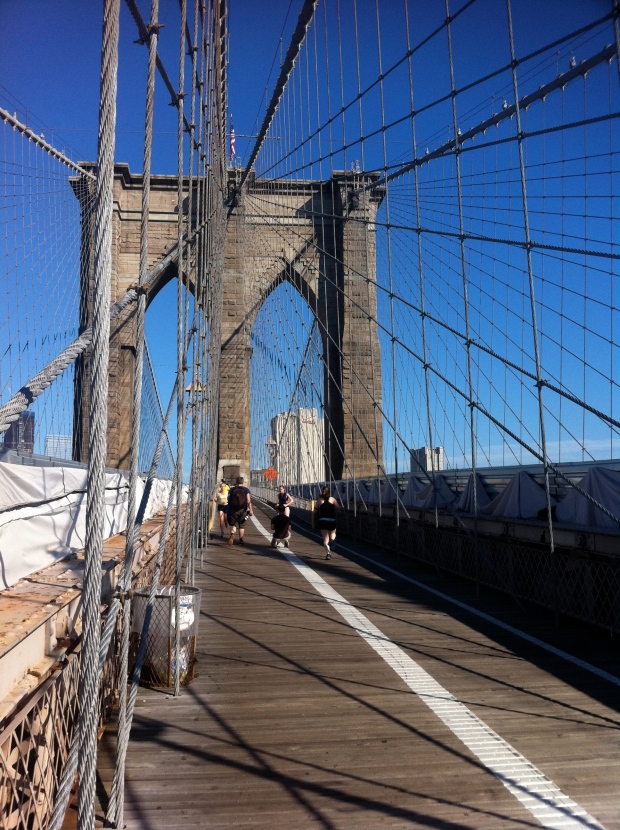 Jaume Plensa’s Eccho
Because I was riding instead of running, I took my camera to take pictures along the way (not entirely advisable when you’re trying to navigate a barely used bicycle over the bridge). I had planned on going along the entire route before doubling back, but just past Union Square, I decided (my sister insisted) we should run over to Madison Square Park to see the Eccho installation by Jaume Plensa. Lost in thought, the buildings frame her without crowding her and surrounded by noise you can almost hear your heart beat. 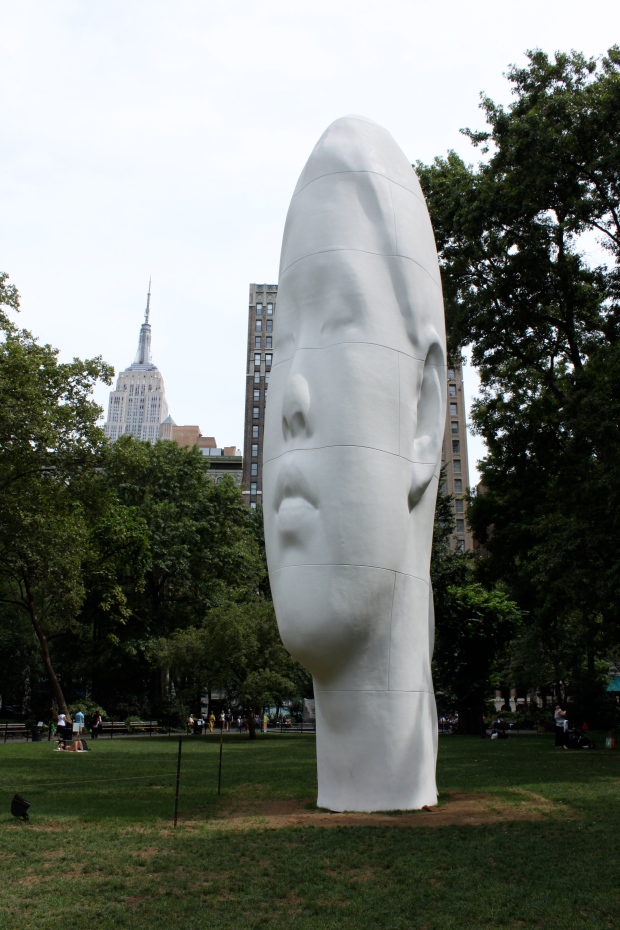 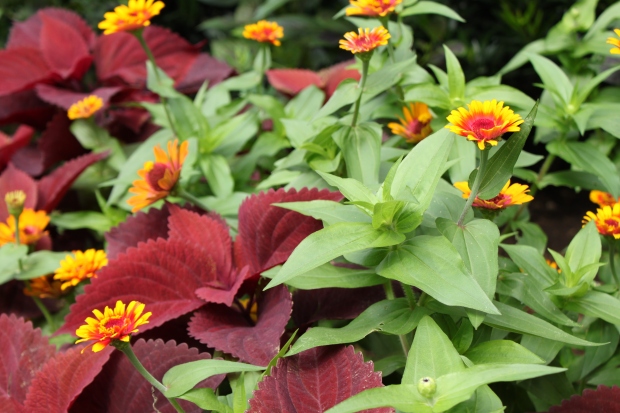 Free Tennis
Lured back to the main route, I had just enough time to race up to Grand Central Station before heading back to my friend Aaron’s Free Tennis installation. He started the project a couple of years ago and since then he’s been taking his tennis pop-up all over the city. I don’t usually hang out in alleys but this the narrow stretch between the two opposing buildings is the perfect spot for my all over the place tennis. While a few cropped kids had their turn, I ducked into Housing Works Bookstore Cafe coming up with a pristine copy Diana Kennedy’s My Mexico. Back in the alley, we took a final tennis club picture yearbook-style and headed home just ahead of the traffic for lunch at the Red Hook ballfields since Aaron hadn’t been. 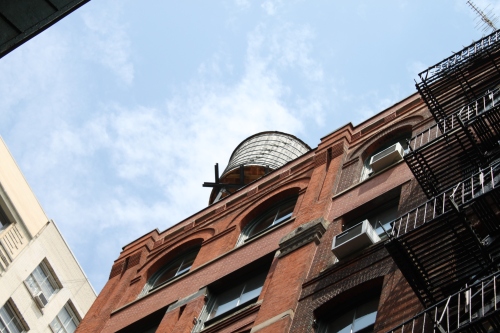 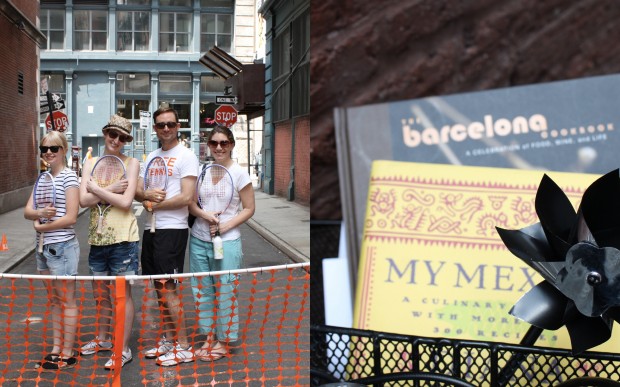 Union Square Market and Visiting the Andy Monument
Though I’m always writing about Brooklyn markets, I rarely make it into the city for the big-show in Union Square. I love to go mid-week when it’s easier to get through but only have time on people-packed Saturdays. This summer I had extra motivation because I wanted to see Rob Pruitt’s Andy Monument that went up a few months ago. Nostalgic for the gritty fab New York I’d missed out on, the first time I saw it there was a raving lunatic shouting at the top of his lungs and threatening anyone who got near him – ahh, old New York. I tried again on a quieter day and got close enough to see Andy with his Polaroid camera and toting a shopping bag. He’d famously said that death was like going to Bloomingdale’s though I’ve always thought of it as purgatory. It will only be displayed until October 2 which would be disappointing if it wasn’t commemorating the one person who could appreciate a 15-minute monument. 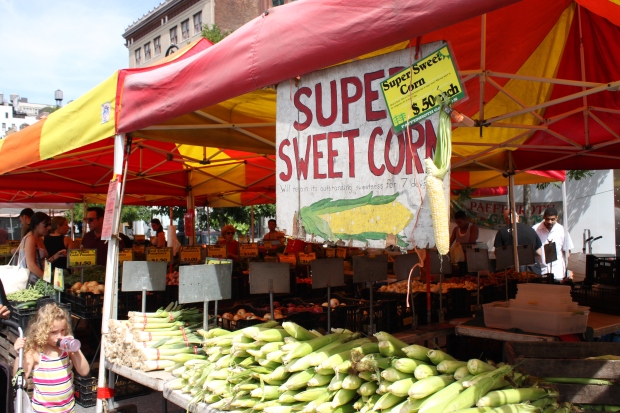 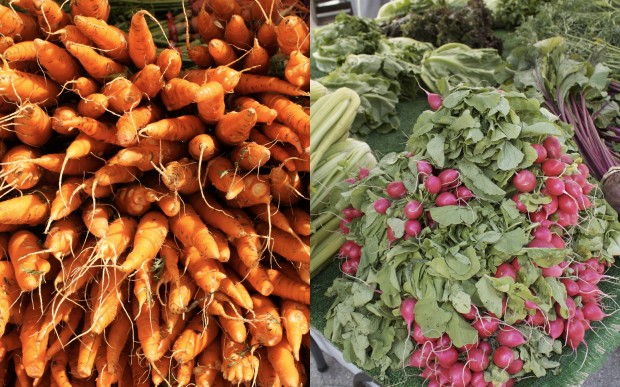 Red Beans & Ricely Yours
Which isn’t to say that I didn’t do any reading this month. I really liked this piece about this open-air market in Madera, California and this HuffPo story on the hidden history of churros has me looking forward to the hot chocolate days ahead. For future writer’s anxiety attacks, I bookmarked this post by Orangette on writing  when it’s not coming. But my favorite story came from A Blog Supreme/NPR Jazz. Apparently, Louis Armstrong used to sign letters Red Beans & Ricely Yours or even Soul Foodly Yours. Since this was a man who obviously knew how to say goodbye, I’ll let it end with him. See you on the other side of September.