The weather is defrosting, but I spent Sunday half inside my freezer where I found the nearly forgotten bag of moras.  Also called Andean blackberries, moras are a little more tart, firmer, and brighter than the blackberries commonly found in the US.  I’d picked them up in an amazing Latin American market in Jackson Heights.  Well-stocked with incredible variety but hard to get to, I brought back as much as I could carry.  A few months later, I’ve barely made a dent in the frozen guavas, jarred loroco, or guasca leaves I stockpiled.  I was looking to change this and remembered a dessert my friend’s mother, Mari Ines, made when she was teaching me how to make ajiaco Bogotano.  In the time it took her to finish the ajiaco, she simmered the berries in syrup and served them with queso fresco.  After calling Mari Ines for the recipes and ratios, I quickly made it for friends that night.  There are so many things I’m looking forward to this summer, but in these in between days, it felt good to take advantage of what I already had.

Dulce de Mora/Andean Blackberry Marmalade
Since making it the first time, I’ve found a million versions of this recipe on Colombian and Ecuadorian sites – how much to boil down the syrup, what spices to add, or whether or not to add lemon zest is all to taste.  Recently, I’ve been trying to use piloncillo as much as possible.  The only drawback is breaking up the rock hard bricks and cones it comes in.  I’d recently taken a hammer to one so I had enough on hand and decided to use it.  Less processed than white sugar, it can be cloying but it was nicely balanced out by the tartness of the berries.

Combine water and piloncillo in a large saucepan. Bring to a simmer and stir until piloncillo has completely dissolved.  Simmer over medium heat until reduced by half, about 20 minutes.  Stir in moras and simmer an additional 5-10 minutes.

Remove from heat and allow to cool.  Serve with slices of queso fresco, cake, or ice cream. 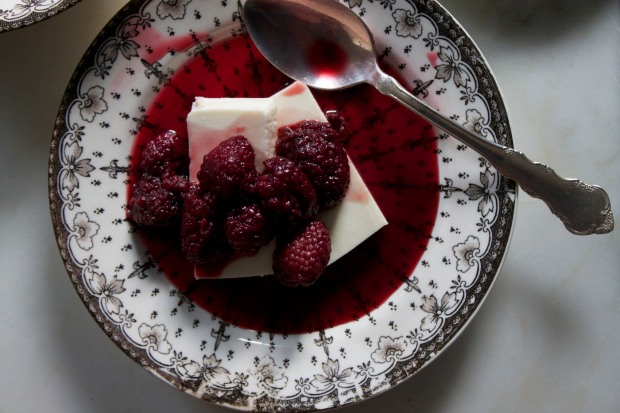