I once read that Montezuma would pour melted chocolate over bowls of snow brought to him from the mountain tops.  The image made me swoon though it has to be boiling outside for me to give up my scorching espresso or spiced hot chocolate.  This weekend we actually did reach the boiling point so I decided to try it the Emperor’s way. 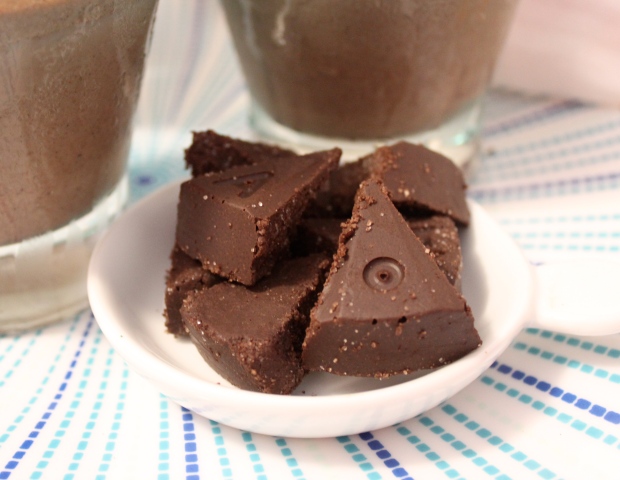 Curious to find other references to iced chocolate, I came across the etymology for the word chocolate in Harold McGee’s On Food and Cooking.  Taken from the Aztec (Nahuatl) word cacahuatl or cocoa-water, the Spanish may have substituted the Mayan word chocol or “hot” to show their preference for the hot Mayan version to the cold Aztec preparation – the debate between hot and cold running much longer than I could have imagine.  For this version, I doubled the amount of chocolate and simmered the milk with vanilla bean and canela, adding a few drops of orange blossom water and a pinch of cayenne pepper for just the right amount of heat.

Popular brands of Mexican chocolate include Ibarra, Nestle’s Abuelita, and Taza.  Though available in specialty stores and online here, it’s increasingly available in large chain grocery stores.  Sold in tablets that are infused with cinnamon and rolled in sugar, it’s worth seeking out.

Heat the milk with the vanilla bean, seeds, and cinnamon stick in a heavy pot over medium heat and bring to a low boil.  Lower heat and simmer, stirring constantly, about 10 minutes.  Remove from heat and discard vanilla bean and cinnamon.  Add cayenne pepper and orange blossom water if using.  Bring to room temperature and refrigerate until ready to use.

Add cooled chocolate to blender and pulse until frothy.  Add crushed ice and pulse to combine.  Pour into chilled glasses and top with whipped cream and sprinkle with cinnamon.