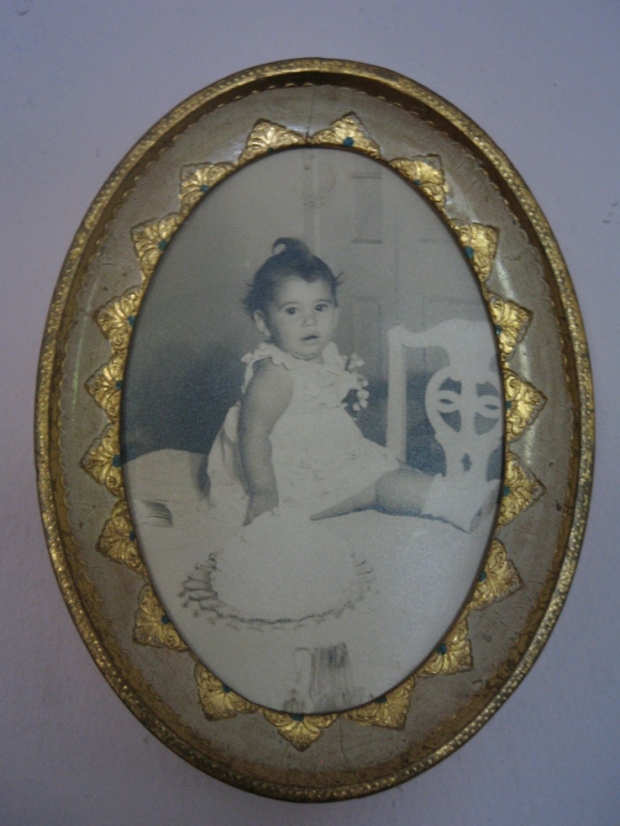 Many people have a hard time imagining their parents as children, but I very much see my mother in the little girl pictured above — sweet, expressive and indistinguishable from the cake set before her, in essence if not in form.  Last year around this time, I asked my mother to show me how to make her merengue con crema de leche.  A combination of meringue and custard sauce, it’s similar to a French île flottante but much, much sweeter — Cuban sweet.  She always made it for special occasions, though never the same way twice.  Used to feeling her way around until she got it right, I distracted her with questions.  I tried to note everything down, but secretly believed she was making things up as she went along.  When I caught her consulting with her chihuahua about the consistency for the syrup, I knew we were in trouble. 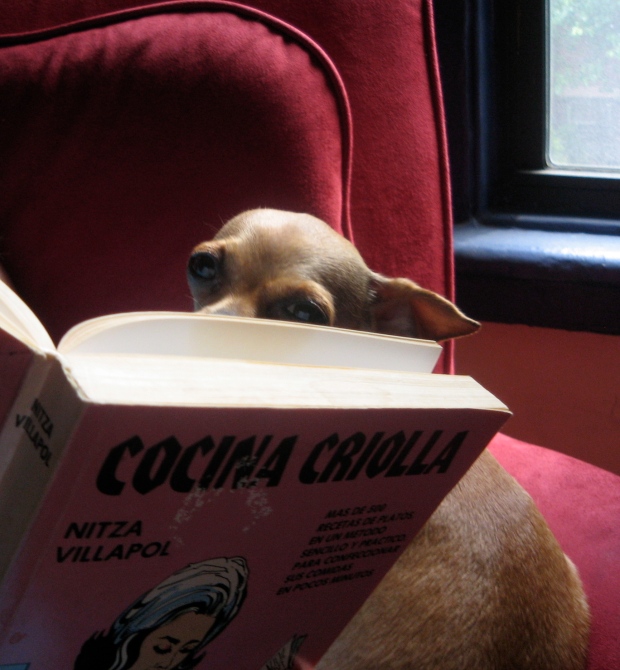 I had hoped for an easy afternoon in the kitchen but, between my mother trying to remember

how it went and me insisting on how it should go, we didn’t get very far.  We had a great time but didn’t have a great dessert to show for it.  I was putting things away when I came across a recipe in my grandmother’s handwriting.  I had found it years ago tucked into the only cookbook she owned but hadn’t thought of it since.  Apart from a gift for brownies from the box (the best I’ll ever have), my Aba was a reluctant cook, so my mother and I were shocked that the one recipe she’d written out was the one we were squabbling about.  She hated to cook but loved getting the last word.

I decided to try the meringue once again for Mother’s Day.  I followed my grandmother’s recipe, called my mother with questions, and added a few changes of my own.  I hadn’t planned on spending the weekend in the kitchen with them but that’s what I did.  When I was finished and looked down at the dessert, all three of us were there, in essence if not in form.

Merengón con Crema de Leche
This meringue can be served on it’s own like a custard or over a sponge cake or genoise to cut the sweetness.  I thought it would work well as a Charlotte and lined the mold with lady fingers.

In a small saucepan, combine the egg yolks, condensed milk, salt.  Set over medium-low heat and bring to a low simmer.  Stirring constantly, cook an additional three minutes until slightly thickened.  Pass through a fine mesh strainer into a clean bowl and stir in vanilla.  Set aside to cool completely.

In a separate saucepan, combine the sugar and water and bring to a boil over low heat until it reaches the soft ball stage or registers 238 degrees on a candy thermometer.*

Meanwhile, in a stand mixer fitted with the whisk attachment or using an electric beater, beat the egg whites on medium speed until they are white and opaque.  With mixer running, add syrup in a slow steady stream along the side of the mixing bowl, careful to avoid the beater.  Continue to beat on medium until the meringue cools.

Pour meringue into mold.  Drizzle in crema de leche and swirl together but do not blend.  It should have a marbled effect.  Cover with plastic wrap and place in freezer until ready to serve. 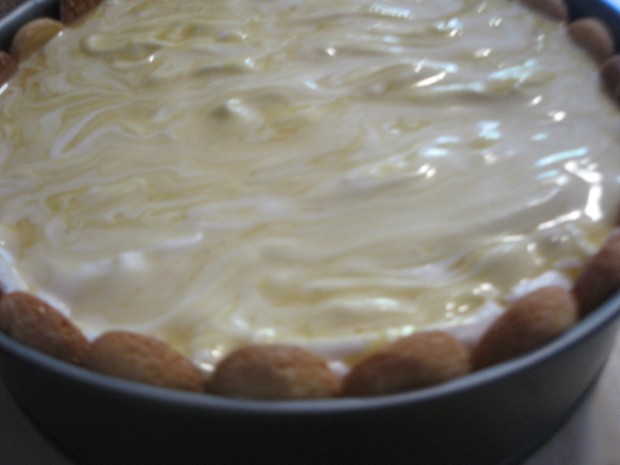