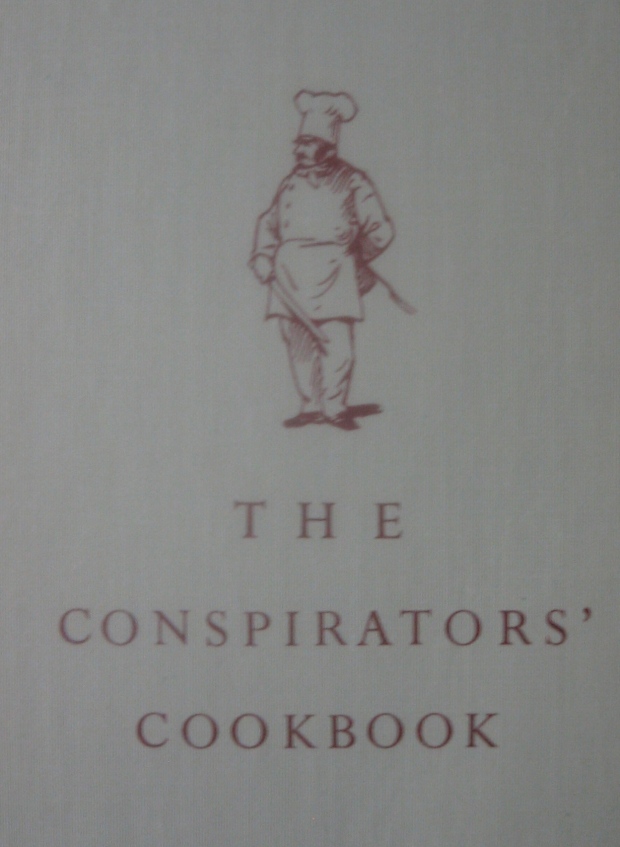 I’ve been grazing in the same used book store for a few months now, becoming protective of the cookbook corner in the back that no one else seems to visit. It’s become a kind of oujia board, I’ll drop in on my way to Sahadi’s and take a quick look for something new or unusual that will take me in a different direction.  I’m starting to believe that the books I’ve been finding come from the same collection since they all share a similar sensibility – New York circa Auntie Mame.  Yesterday, I finally bought their copy of The Conspirators’ Cookbook published in 1967 under the pseudonym Century Downing.  I was drawn to it’s a pleasantly misanthropic, pro-Europe cookery rants against the canned American sixties with chapters like “Mari’s Little Lamburger”, a list of Ten Commandments that includes “shoot anyone who asks for catsup,” and diatribe against “food fakery.”  I’ve never been too interested in conspiracies, but I’ve always had a soft spot for curmudgeons ahead of their time.