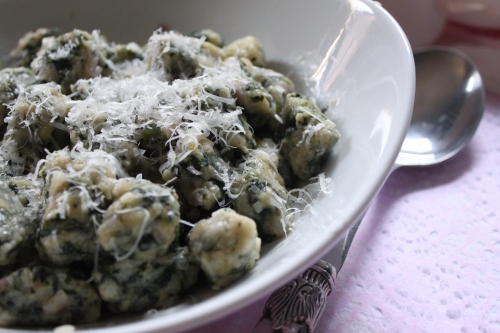 I missed last month’s ñoquis del 29 post due to technical difficulties.  I was in the middle of trying this recipe for bread and spinach gnocchi for the first time when a friend called after months of phone tag.  Thirty minutes later, we’d finally caught up but I had a too soft mass of spinach flecked dough looking despondent in a mixing bowl.  Having mis-measured, I made some adjustments so that they could be shaped but wasn’t hopeful that they’d stand up to boiling water. END_OF_DOCUMENT_TOKEN_TO_BE_REPLACED