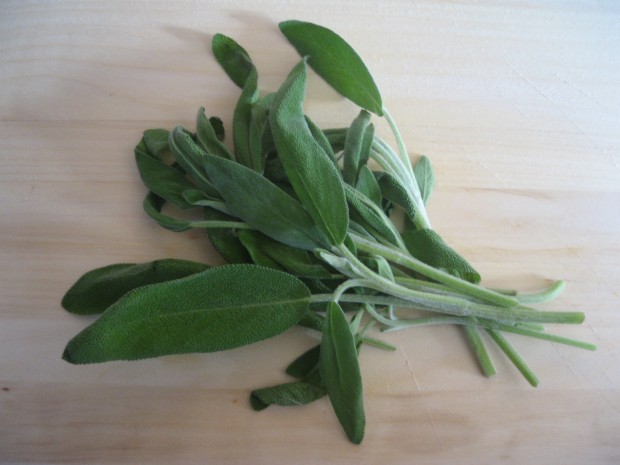 A few weeks ago, I read about Argentina’s ñoquis del 29, the day of the month to prepare and eat gnocchi and wanted to try it.  Unfortunately, I would invariably remember this on the 30th of each month.  I was determined not to forget this time and with all the fall vegetables weighing down the markets, I was looking for something in a pumpkin-squash-sweet potato to start a new monthly tradition.  I found a recipe for sweet potato gnocchi in October’s Gourmet (still can’t believe it’s gone) issue that was exactly what I wanted.  I’d only made gnocchi once before and while they were okay, I had that nagging feeling when you first try a recipe that you just didn’t do it right.  To avoid this, I read the recipe a few times, cross referenced similar ones for tips and techniques, gathered up the few necessary ingredients and got ready to make a mess.

Like most Latin American customs, I came across competing reasons for the practice and a few proverbs.  Rather than list them all, I’ve decided to spread them out of the months of gnocchi making to come.  One of my favorite versions is that the tradition of eating gnocchis on the 29th started because it comes just before pay day each month.  Poorer families that had been stretching their resources till their next pay check could always afford the few ingredients that go into gnocchi.  The tradition of putting a peso or coin under the plate was meant to attract greater prosperity in the coming month which seems especially appropriate these days.

The first good sign was that the gnocchi were simpler than I thought.  I don’t know if it was a better recipe, finally breaking in my little wooden gnocchi rollers, the dollar bill under my plate or expecting the worst, but it was as easy as it was supposed to be.  A reminder to do the work, plan ahead, and hope it gets easier.

Sweet Potato Gnocchi with Fried Sage
Adapted with few changes from Gourmet, October 2009.  I replaced the shaved chestnuts called for in the original recipe with toasted and chopped hazelnuts.  I was careful not to overcook the potatoes and used a food mill instead of a masher.  Click here for the original recipe.
1 1/4 lb russet (baking potatoes)
1 (3/4-lb) sweet potato
1 large egg
1/2 teaspoon grated nutmeg
1/3 cup grated Parmigiano-Reggiano plus more for serving
1 1/2 to 2 cups all-purpose flour plus more for dusting
1/3 cup extra-virgin olive oil
1 cup sage leaves (from 1 bunch)
2 tablespoons unsalted butter

Preheat oven to 450°F with rack in middle.  Pierce russet and sweet potatoes in several places with a fork, then bake in a 4-sided sheet pan until just tender, 45 minutes to 1 hour.

Cool potatoes slightly, then peel and force through ricer or food mill into sheet pan, spreading in an even layer. Cool potatoes completely.

Beat together egg, nutmeg, 1 tsp salt, and 1/2 tsp pepper in a small bowl.  On a lightly floured board, gather potatoes into a mound in sheet pan, using a pastry scraper if you have one, and form a well in center.  Pour egg mixture into well, then knead into potatoes. Knead in cheese and 1 1/2 cups of flour, then knead, adding more flour as necessary, until mixture forms a smooth but slightly sticky dough. Dust top lightly with some of flour.

Cut dough into 6 pieces.  Gently roll each piece into a ball and lightly dust with flour.  Repeat with remaining 5 pieces of dough.  Form 1 piece of dough into a 1/2-inch-thick rope on a lightly floured surface. Cut rope into 1/2-inch pieces.

Turn a fork over and hold at a 45-degree angle, with tips of tines touching work surface. Working with 1 at a time, roll gnocchi down fork tines, pressing with your thumb, to make ridges on 1 side. Transfer gnocchi as formed to baking sheets.

Fry sage leaves:
Heat oil in a 12-inch heavy skillet over medium heat until it shimmers. Fry sage leaves in 3 batches, stirring, until they turn just a shade lighter and crisp (they will continue to crisp as they cool), about 30 seconds per batch. Transfer to paper towels to drain. Season lightly with salt.  Add butter to oil in skillet with 1/2 tsp salt and cook until golden-brown, 1 to 2 minutes.  Remove from heat.

Cook gnocchi:
Add half of gnocchi to a pasta pot of well-salted boiling water and stir. Cook until they float to surface, about 3 minutes. Transfer with a slotted spoon to skillet with butter sauce. Cook remaining gnocchi in same manner, transferring to skillet as cooked.  Heat gnocchi in skillet over medium heat, stirring to coat.  Serve sprinkled with fried sage and grated cheese.

Additional notes:
Uncooked gnocchi can be frozen (first in 1 layer on a baking sheet, then transferred to a sealable bag) up to 1 month. Do not thaw before cooking.  Sauce and topping can be halved; make full recipe of gnocchi and freeze half of it.
Serves 6.